MUCH loved Sky Sports broadcaster Chris Kamara is set to return to TV screens next month.

The Soccer Saturday star revealed in March that “live TV might have to take a back seat” after he opened up on his diagnosis with apraxia of speech.

Concerned Sky Sports viewers reached out to Kamara on social media after noticing the 64-year-old slurring his speech while on TV.

And after bravely revealing he was suffering from a health condition that impedes his ability to talk, Kamara admitted that he would have to tone down live TV appearances.

But now the former Leeds, Brentford and Middlesbrough midfielder is set to return to screens next month – just weeks after making the announcement.

Kamara has been confirmed as a commentator on ITV show ‘The Games’ which airs on May 9. 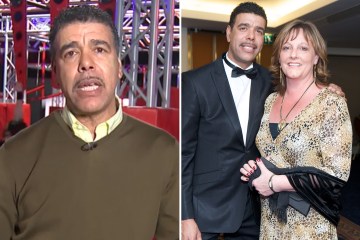 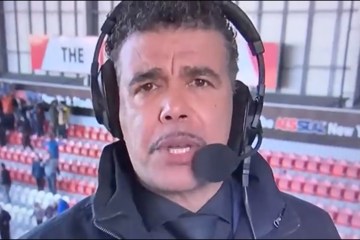 And Kamara will be commentating on the events, which includes diving, cycling, swimming and gymastics challenges.

Ex-Arsenal Women’s star turned TV presenter Alex Scott will also be part of the show’s team as a pitchside reporter.

Kamara opened up on his battle with apraxia of speech last month on Good Morning Britain.

He said: “If I explain my apraxia, we take for granted the fact when we think and coming through our speech it’s comfortable, it’s easy, it’s natural.

“My apraxia, when it’s bad stops those signals from that brain going to that mouth. It slows it down, at times it slurs the words as well.

“People are looking thinking ‘is he all right? Is he drunk? What’s the matter with him?’

“When I put out the message after Soccer Saturday, I never in a million years expected that response, but everyone has been so brilliant, so kind.